In the Midst of Progression 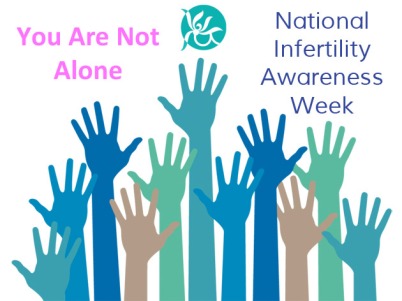 When I was a young girl, I wasn’t one to plan out my wedding day or babies like some little girls do.  Playing pretend wedding and house, even with a younger sister wasn’t our thing.  Although I knew I always wanted children, it wasn’t something I planned.  As I got older and finally got my period I realized it wasn’t the most consistent thing.  While other friends were complaining about cramps, bloating and other relative issues, I kept thinking – What’s the big deal, this isn’t so bad?! As I approached my 20s, I remember making a comment to a girlfriend about how I’ve never had an ‘oops’ month. Ya know – When you miss your period and think oh crap, am I pregnant? (Sorry Mom). I became concerned that my irregular periods would eventually lead to proving I had more of an issue than I thought.

My thoughts were you grow up, fall in love, get married and start a family.  That’s the order of things, right?! Well I did fall in love! After a broken heart the person I needed was right under my nose, one of my best friends! We worked hard planning and paid for a beautiful wedding and honeymoon, all we could have ever hoped for.  We decided to wait at least a year to try for a family – Hey, who doesn’t want to enjoy their lives as newlyweds before the chaos of a family starts? Halfway through that year, we gave it a go. Not expecting anything but if something happened, great!

Month after month, nothing….. I remember hearing announcements from friends and trying to be soo over the moon for their pregnancies, but thinking, ‘why not us?’

When a year had passed, and still no official pregnancy we enlisted the help of my OB.  Through multiple tests, trial and errors, my Doctor diagnosed me with PCOS, or Polycystic Ovarian Syndrome, which basically explained my irregular periods, weight gain and a list of other symptoms. He then started me on Clomid and told us to keep trying, that this would regulate my period and we would eventually be successful.

We were overjoyed to find out I was pregnant when we took a home pregnancy test. The Clomid had WORKED, we are going to be parents soon!  Sadly, I was taken to the ER and ended up miscarrying. They had to inject me with a CHEMO medication to dissolve the embryo –btw – OUCH at the size of that needle in my tush!  My pain continued which soon after that, it turned out to be a tubal pregnancy from the embryo never dissolving by the shot and I needed to be operated on.

Eventually they sent me in for a Hysterosalpingogram, or HSG, where a dye is injected into the uterine cavity and is supposed to open the tubes to view on x-ray.  There was a big issue with this because the tube that had been operated on from my Ectopic pregnancy was closed and was extremely painful.  The result of this test was that my primary producing ovary was connected to the tube that was blocked, and the other ovary, while functional was not producing as the other one had been.  Which explained my erratic periods and non-consistent pregnancies.

Our next step… to see an IVF specialist.

Upon receiving the help of a fertility clinic, we were told because of a loophole in the Insurance rules through my husband’s company, we were not entitled to any coverage, even though NJ State law requires partial coverage of any infertility treatments.  So not only a big decision, we now had to come up with a significant amount of money to proceed. Confused and just drained from it all, we were ready for the next step.

Once my husband and I were both tested for everything under the sun, we were advised we would need a run of the mill – IVF, or In Vitro Fertilization process. They would place one of my eggs and a couple of my husband’s swimmers into a dish and let the magic happen. The first step was a number of needles filled with hormone concoctions of which I couldn’t even pronounce, injected into the belly to prep my uterus for an extraction of embryos. Sounds like a fairly easy procedure.

When two people love each other very much, they to go to an IVF clinic; make a couple donations; someone in a white suit mixes those samples together and calls you back for implant. Easy, right?

Once complete, I went in for the removal of eggs and retrieved a whopping 12 embryos! Although not all survived during the fertilization period, we were left with about half the batch for implant.

The day of implant was very exciting. Inserted with two embryos, I remember my husband and me talking about if both eggs took, we would get twins and great – we’re done!! Sent home with some more hormones to take, a demand to relax and not do anything strenuous, we waited.

We were so lucky to have this procedure work in ONE shot with ONE baby. I can’t even imagine what other couples go through trying multiple times for one little creation that is sometimes so easy for others.  This is an emotional process and it takes a lot out of you when you just want to be parents.

We were blessed to have our second child naturally and we are currently a beautiful family of 4 and ¾ s (our crazy dog Dexter and 6 chickens) and this where we’ll stay.

For more information on Infertility, support and resources check out Resolve.org